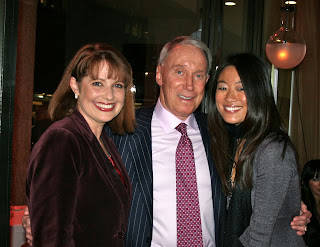 Her social networking blog chronicles local events and markets, signaling what to follow, wear, eat and where to do it. Pamelaspunch.com “satisfies your thirst for the latest juice on the coolest places,” says Pamela.

The wines paired for each course included a flowery Alma Rosa Chardonnay, and a mellow, California-styled and intriguingly titled Menage a Trois, Folie a Deux Napa Cabernet.