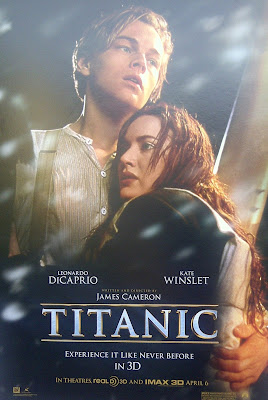 It was the shipwreck heard 'round the world and the movie epic to match: Titanic.

Some have called it a 100 year obsession, and that's almost an understatement to describe the interest in the mighty ship.
Starting with the excitement prior to its maiden voyage in April 1912 to the shock and fascination after the ship went down after hitting an iceberg in the middle of the Atlantic, Titanic has captured the minds and hearts of people around the world. 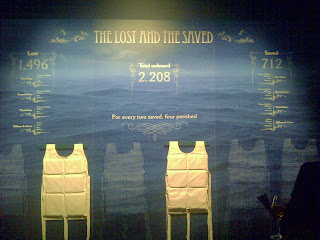 To commemorate the 100 year anniversary of the sinking on April 12, the National Geographic Channel prepares to premiere two new films that explore the history of the sinking, "Titanic: The Final Word with James Cameron" and "Save the Titanic with Bob Ballard".

Wednesday evening, NatGeo along with sponsor USA Today hosted a preview for the upcoming documentaries as well as a special screening of Cameron's famous film epic starring Leonardo DiCaprio and Kate Winslet.  Cameron's Titanic is being released this month, remastered in 3-D as a nod to the anniversary.

Prior to the screening, guests got to delve deep into the world of Titanic with a special exhibit of artifacts in the National Geographic headquarters which included information on the boat itself, multiple models of the inner workings of the massive vessel and a titanic sized analysis of the sinking. 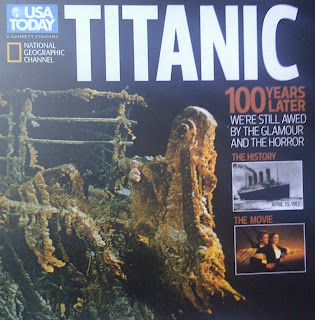 The exhibit showcases the tragedy of the voyage and highlights that "for every two people saved [from the boat], four perished".  The wreck, which still remains at the bottom of the Atlantic was found by Robert Ballard in 1985, 73-years after the sinking and has since been visited by numerous explorers, scientists and filmmakers, including Cameron, who almost certainly has spent more time 'aboard' the boat than any of the actual passengers ever did.

Cameron's much acclaimed 1997 film epic named for the boat ran away with awards and is still one of the highest grossing films of all time. 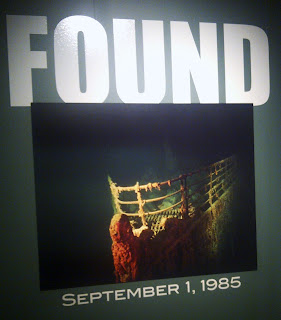 National Geographic Channel Executive Vice President Michael Cascio pointed out that a staffer pointed out to him prior to the screening that she was in the 3rd grade when the film was originally released.  "I wondered when did the 90s become ancient........or when did I become ancient" he joked to the crowd.
That said, he held high praise for Cameron who took a very scientific approach to studying the shipwreck, but for Titanic, and for the upcoming NatGeo documentary.  "We are using every tool at our disposal to distribute content on this important anniversary" added Cascio as he introduced the film...

In the end perhaps it is Cameron that built the "unsinkable" Titanic...his ship doesn't seem to be going down any time soon.