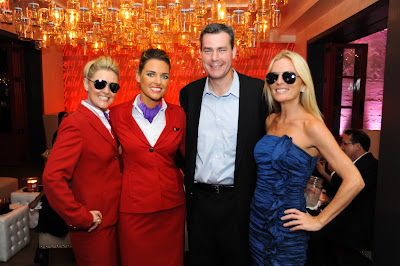 That the innovative airline Virgin Atlantic hosted a smashing party Thursday night was no surprise - the company’s founder, imaginative Sir Richard Branson, has always shaken up the industry as the bad-boy Great Innovator of the Airways. 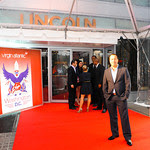 The party scene was at midtown’s Lincoln Restaurant where Virgin Atlantic celebrated its 15-year milestone of direct DC-London flights.  Chris Rossi, V.P. of the North American team, announced a short-term special fare to and from Dulles to London’s Heathrow, with fares starting at $266.

Host Victoria Michael pointed out that the restaurant took on a British air for the night with embellishments like the outsized red and white pillows with such Bransom Briticisms as “Keep calm, and carry on.”  The guests took him at his word and carried on until midnight. 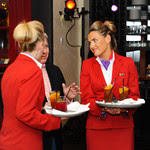 Four Virgin Atlantic red-clad staff served food and drinks.  Keeping the shutterbugs clicking were Mary Amons, Cat Ommaney and Paul Wharton, whom we knew and loved from DC Housewives - but no Salahis.

DJ Solange Knowles, Beyonce’s sister, kept guests dancing over the penny-embedded floor. “Seven hundred ninety-nine thousand and nine-hundred and ninety-seven thousand of them,” said Lincoln’s Courtney, who gave an impromptu tour of the restaurant dedicated to our liberation president.

“Maggie O’Neill was the designer,” she said, showing off the Emancipation Proclamation room with a reproduction of the document across the wall.  There was the Honest-Abe country “candelabra” made of scores of corn-liquor Mason jars and the main room with its wildly colored acrylic  paintings of the restaurant’s namesake. That was rather startling, as we’re used to seeing him in white marble. 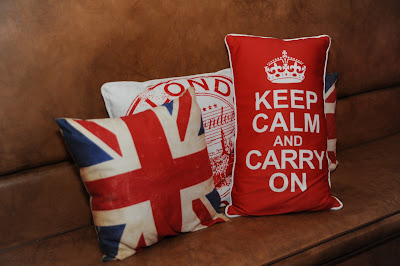 Restauranteur Alan Popovsky explained that they have honored President Lincoln because his goal of freedom and liberation was echoed by the spirit of the restaurant.
Posted by Unknown at 6:50 PM