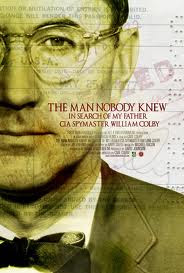 Interview by Janet Donovan
"The Man Nobody Knew: In Search of My Father" by filmmaker Carl Colby has all the twists and turns of a spy novel.  That is, of course, exactly what it is - just not a novel.   Colby is the son of William Colby, former director of the CIA, who not only lived a mysterious life but died a mysterious death.
Carl takes us inside that world from his idyllic childhood in Italy, to the realization that his dad was a CIA operative, to the halls of Congress, to the destruction of his family fabric via divorce and ultimately to the unusual circumstances surrounding the death of his father.