Eye of the Beholder

by contributor Wendy Gordon
What were you doing when you were 11 years old?  Sure, at that point most of us were beyond Tonka trucks and Barbie dolls, albeit not much.  In this day and age, 11 is apparently the new 40.
I give you Sohrob Fatoorechie.  This 11 year old (yes, I said 11 year old) cinematic Boy Wonder is debuting a film entitled Eye of the Beholder, a 27 minute long documentary in Farsi and Tajik with English subtitles, about the orphans of Tajikistan.

The film debuted at the Avalon Theater here in DC on Sunday, October 30th.  It has already debuted internationally, including showings in Paris, France and Bishkek, Kyrgyzstan and has been selected for the 25th International Children and Adults Film Festival.  Yes…I said 11 years old…oh, and Sohrob’s been making films since he was 8.  Yes, I said 8. 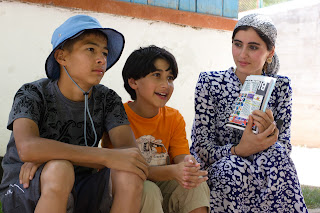 Eye of the Beholder originated when Sohrob was enlisted by COCA (Children of Central Asia Foundation) through what began as a chance discussion between his father, Mohammed, and a family friend.  Sohrab happened to be in the midst of making movies with friends in the basement of his home, and upon hearing the adults discuss this potential project and its challenges, broke into the conversation with “You guys are trying to tell the stories of the children through the eyes of a grown-up.”  Sage input; and it became Sohrob’s mission to tell this story. 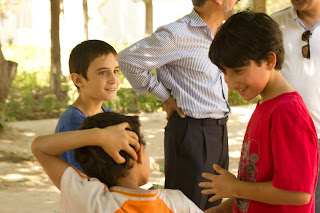 As one might imagine, it was a bit of a challenge to convince professional on site film crews to participate in a movie with a pre-adolescent director at its helm; but upon seeing several trailers by this burgeoning directorial talent, they were convinced.  Did I mention, too, that Sohrob also negotiated his own contract?  Yes…I said 11.
Sohrob lived with these orphans in Tajikistan for a month or so, taking in and illustrating the heart-rending stories of these children through the perspective of a peer in age with the like mindset and captivating yet gentle and innocent discourse only that could evoke.  The result has garnered acclaim and impressed those in the industry as well as a growing list of notable adults. 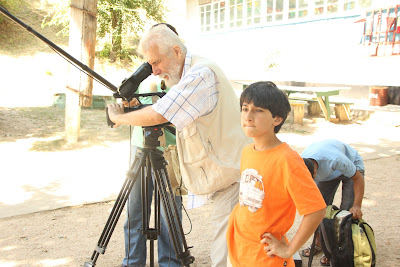 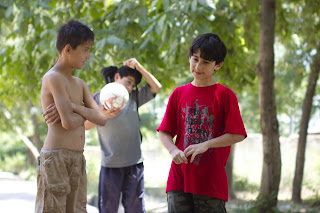 But perhaps this emerging filmmaker sums it all up best.  “Living with the orphans was an enriching experience,” Sohob says.  “it showed me how the world works.  In many countries, children have nothing; they may have a wind-up toy.  In this country, kids have everything.  Children elsewhere are happy with what they have.  Here, many kids have everything and want more.  Kids that have everything are a little spoiled.  We have a ton to learn from the children in Tajikistan and those like them.”  Yes…I said 11. 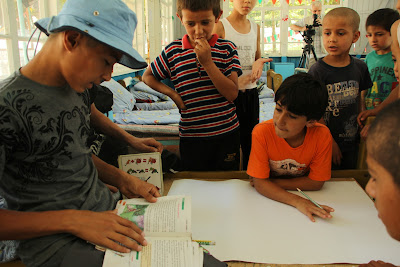 Sohrob, who is currently a student at Colvin Run Elementary School, became interested in film after taking a class at camp.  He looks forward to following in the steps of his favorite film director, Stephen Spielberg,   He intends to make serious action and comedy movies.  He continues to  pursue his dream of filmmaking and telling stories from his unique vantage as a young Persian-American with a rich heritage as his easel. Besides scripting, production, directing and editing film, his other passions are playing the trumpet and swimming.  Um..yes…I said 11.
Watch the trailer here: