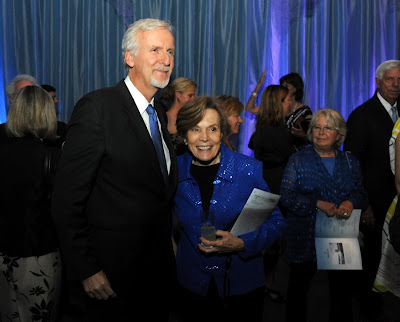 Two exceptional individuals were honored by the National Geographic Society at its "Evening of Exportation" event, presented by Rolex: the late Swiss oceanographer Jacques Piccard for his record-breaking dive to the ocean's deepest point in 1060 and Austrian alpinist Gerlinde Kaltenbrunner for summiting all 14 of the world's highest peaks without supplemental oxygen. 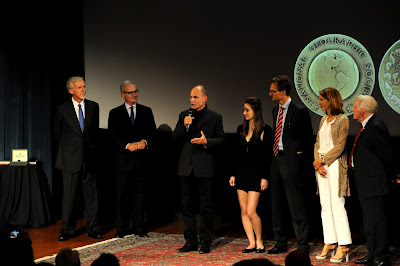 On March 26th, 2012, James Cameron made history by completing the first-ever single-pilot dive to the Challenger Deep, the deepest place on the planet.

We were curious as to how many of the guests would do the same dive as Cameron. “Of course, without question I would have, why wouldn’t I?  said Chris Johns.  Johns was named Editor in Chief of National Geographic in January 2005. He is the ninth editor of the magazine since its founding in 1888.

"I'm not sure I would have done it, those places bother me," said an anonymous detractor.

We were surprised at how many of the guests would welcome the opportunity to repeat the perilous dive, some even suggesting that it was safer than driving.


A look inside the celebration: